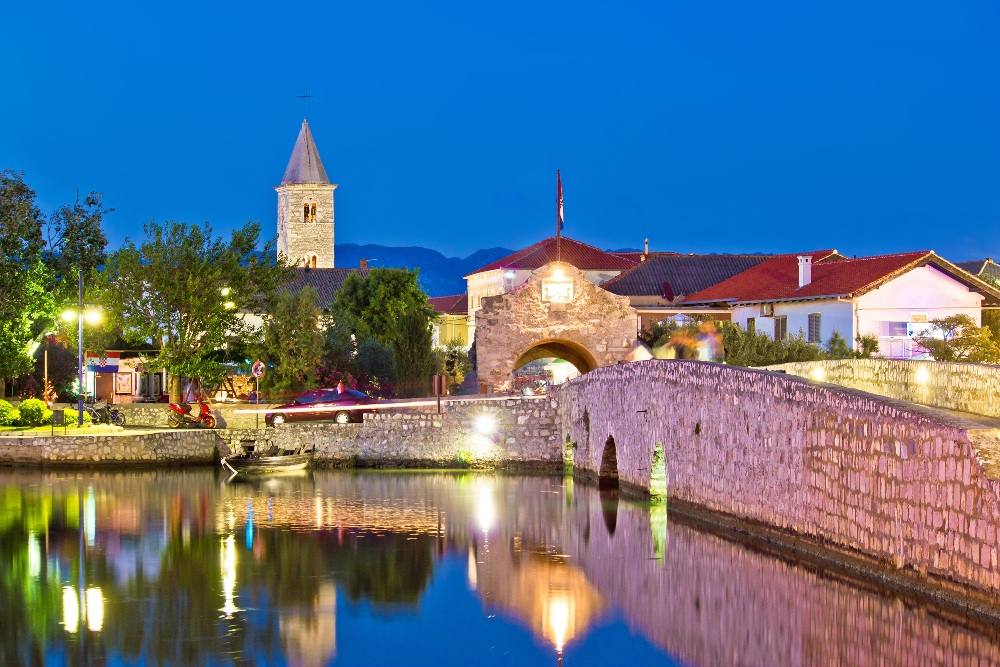 History of the Oldest City in Croatia – Nin  – Nin’s history dates back over 3000 years ago. Not only is there recorded evidence of this in Croatia’s historical record books, but when you visit it is completely apparent as you walk the streets or enter into any of the region’s vast collection of museums of antiquity.

Nin was founded by the Illyrian peoples around 900 BC, and in that time it was knows as Aenona. Several excavations of the region have taken place, and through the evidence gathered, they can trace this peoples’ culture throughout its development. The entire settlement was fortified by walls, and homes were built of drystone. There is also evidence that these were a prosperous people.

During the time of Roman rulers, Aenona/Nin was important both municipally and as a vital port city. The homes’ remains and intricate mosaics that have been unearthed illustrate that life here was pleasant and the people enjoyed a prosperous lifestyle given their circumstances. The present-day plot that is occupied by a resort was an important port, as well, that was utilized greatly for trading with other nations. Life was so extravagant, in fact, that the Romans even built the Forum, which was quite colossal, though not as grand as the Colosseum. A temple was also built, and was one of the largest in the region. Nin’s development is further evidenced by the system in place for supplying water to the city, as well as several important municipal buildings, thermal baths, and even an outdoor amphitheater.

Over its illustrious life, and perhaps because of its proximity to the seas, Aenona/Nin met with destruction more than once, but it was always rebuilt, restoring the people to their prior lifestyle. That is, until Italy decided that Nin was expendable and sacrificed the city and its people in an effort to save Fort Zadar from the invading Turks. Like many times in its illustrious past, however, that, too, served as nothing more than a brand new start for the people of Nin. Today, Nin offers a chance to glimpse life through all of these ages, dynamically intertwined with the lives of present-day people.