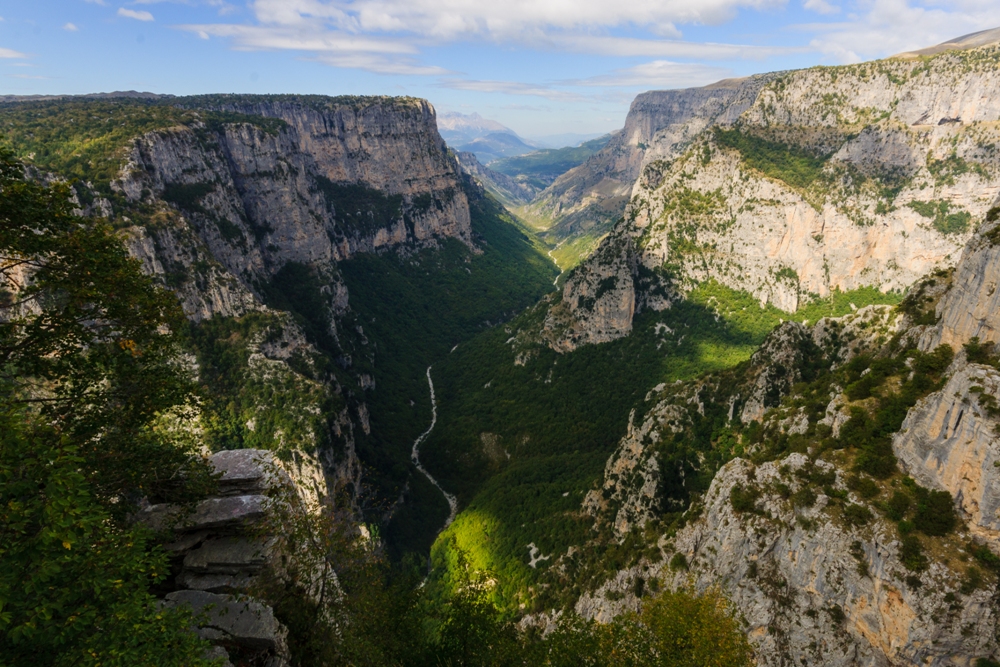 Heraclitus once said that a road goes both ways, up and down, always. This is a perfect description for Vikos Gorge, as attested to by the many who have hiked this trail. The terrain is certainly varied, with valleys, vistas, and breathtaking views, and borders ski slopes and resort areas. Regardless of where you point your camera, everything is wild and beautiful – a changeless change as the seasons pass.

Ask native Greeks where the most beautiful gorges are and their opening statement will be that of Vikos. While its beauty is certainly unquestionable, this immediate response could also be due to the animals in the National Park occasionally escaping and making their way onto the nightly news for eating a local farmer’s cow.

For true avid Greek hikers, however, they’ll immediately tell you that Vikos is the place to be due to the many varied footpaths available that are marked according to fitness level. These footpaths lead to the various villages that are hidden away throughout the mountains. The breezes that blow through this gorge also make for enjoyably cool hiking, especially during the summer when the vast majority of Greeks are baking in the sun. By mid-August, Vikos begins to experience the change from summer to autumn, and hiking along Trail 3 will offer some of the most spectacular color tours you’ve likely ever experienced.

The trails of the Vikos Gorge wind through the Pindus Mountains in the Epirus region, less than thirty miles from the border of Albania. The entire area is known as Zagori for the more than forty Zagorohorian villages. The gorge is about six miles long and offers three basic regions to hike: Monodendri to the town of Vikos, Vikos to the town of Papingo, or Monodendri to the village of Kipi. Kipi is known for its bridges with arched stonework.

As they say, half the fun of the destination is getting to it, and Vikos Gorge is no different. From Athens by car it takes about seven hours to arrive. Locals will tell you that, rather than arrive and immediately set out on your hike, to explore and spend the night in Ioannina. You’ll get to experience the habitation of Greece for the past 6000 years in just one stay.