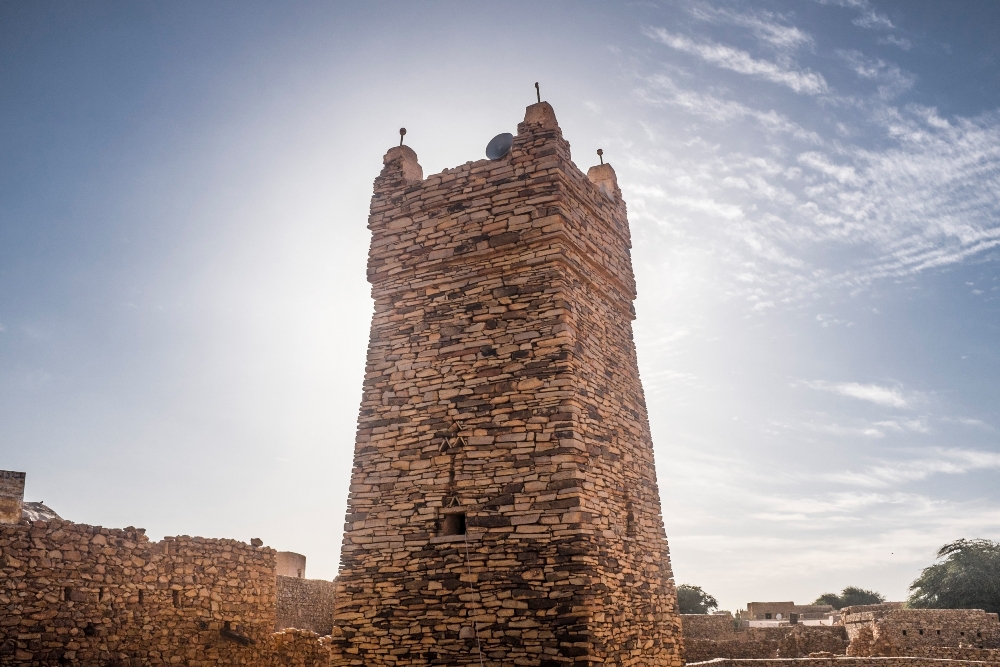 The South African Sahara Desert has been expanding its territory rapidly – at a rate of nearly 30 miles of newly acquired real estate every year. One of its most recent acquisitions is a swath of land in Mauritania, Africa known as Chinguetti. This town was at one time a vibrant religious center and trading post for the region.

Now, however, sand piles along the narrowing paths in between decaying buildings, through what used to be courtyards of homes that have long since been abandoned, and approaches Chinguetti Mosque, an attraction for Sunni pilgrimages since the 1200s. In the 1990s, writer Kit Constable Maxwell visited the region and predicted that, within a few short generations, Chinguetti would be lost to the sands of the Sahara. Unfortunately, this is the demise of many desert towns around the world due to man’s evolution, and that of our planet.

The same year Maxwell visited, UNESCO designated Chinguetti a World Heritage Site, highlighting the rich history of the region, as well as illustrating the town’s uncertain future. Even with this designation, however, there has been little improvement. In the early 2000s, UNESCO reported that the changing global climate is continuing to suckerpunch the region with flash floods each season. This causes more erosion which leads to increasing desertification. Like a catch-22, this in turn creates an uptick in sandstorms and a further eroding of the land left behind. Townspeople who remain in the region work to slow these effects, however futile their attempts may seem, by watering the sand in an effort to prevent its blowing about.

While this may all sound like the last place you’d want to visit, on the contrary. In all of Mauritania, this is the most visited site by tourists from all over the world. This town lies isolated, and the remaining inhabitants rely on the tourism to the area to maintain their livelihoods. If you are not Muslim, you will not be allowed entrance to the mosque itself; however, you can view the grounds around it, and the simple yet amazing craftsmanship of the stonework. You’ll also be able to view the various ancient texts on hand in the location’s libraries, as well as experience the hospitality of the traditionally nomadic peoples of Chinguetti.