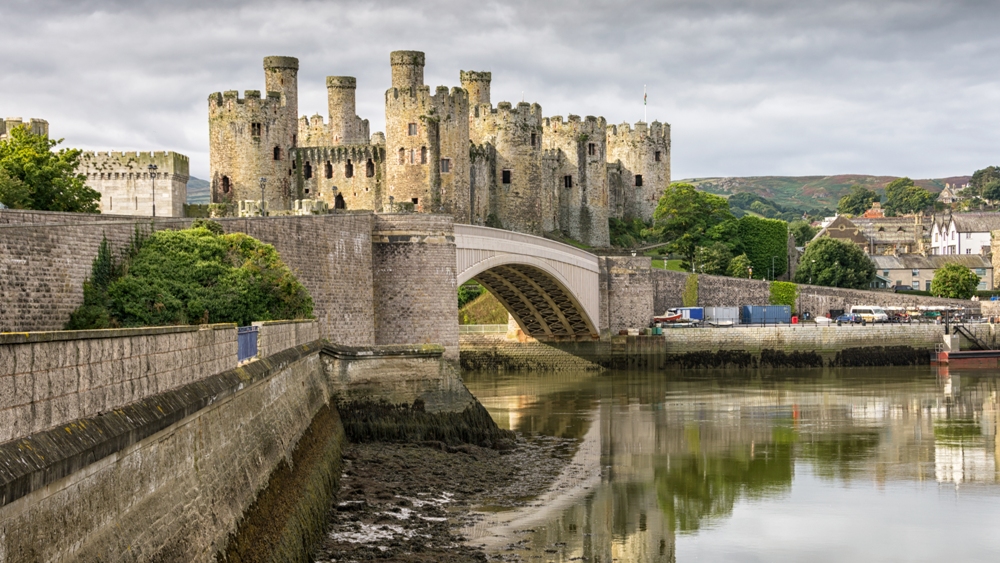 Edward the First’s Conwy Castle – Since many castles were built more for military prowess than for residential comforts, the foundation of the stronghold was the most important piece of construction. In the case of Conwy Castle, its foundation did not need to be built – it was crafted onto the massive rock on which it still stands.

By today’s standards, £15,000 is not a high price to pay for military fortification; however, in 1283 it was considered a king’s ransom. In fact, it was the most money Edward I spent on any of his many castles he’d had built between the years 1277 and 1307.

Put quite simply, Conwy Castle is the greatest surviving fortification in Britain. Its exceptional preservation is testimony to the craftsmanship in use by St George’s Master James, the man who oversaw the building of this monarch’s masterpiece.

The elongated shape of Conwy is distinctive. The construction utilized a rocky outcropping as the castle’s foundation. In Edward’s many other castles, you’ll find walls within walls, used as extra fortification against attacks and nature; however, at Conwy this construction type wasn’t necessary. The two fortified gateways, the eight massively tall towers, and the Great Hall, in addition to the remainder of the castle, all still stand today.

The inside of the castle is just as impressive as the outside. The outer ward contains the Great Hall, the chambers, and the kitchen, while the inner ward is more secluded, wherein you’ll find the private chambers and even a chapel. Viewing the castle in its entirety, it’s not hard to envision how the grounds functioned whenever the royals came to visit.

Edward I had several castles built over the course of thirty years. Conwy, Harlech, Caernarfon, and Beaumaris Castles all join to create the World Heritage Site of Edward I. Conwy Castle was dedicated as part of this worldwide monument in 1986.

Essential grounds maintenance takes place year-round, and groundskeepers appreciate your patience while carrying out these necessary activities. The site is open daily from 10 am to 4 pm.