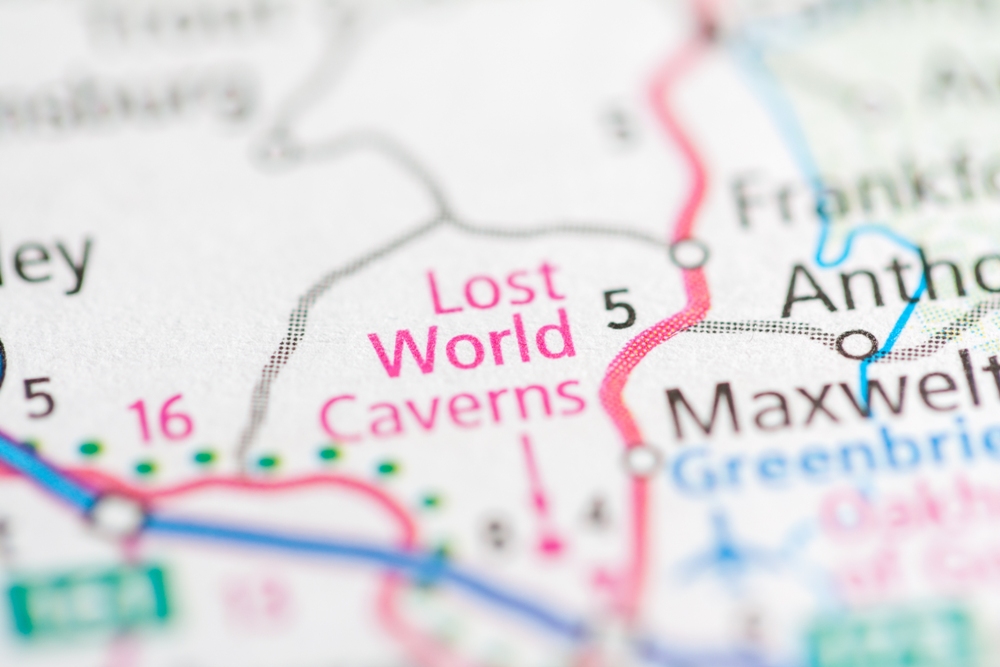 Over the years, Lost World Caverns has had its share of time of the spotlight. For instance, back in 1992, a tabloid claimed that these caverns were home to “Bat Boy”: a human child who had been raised in total darkness – by bats. And of course, Weekly World News had photos! It was a face that would become etched firmly into the brains of ardent tabloid readers of the time. But Bat Boy was not the first story regarding Lost World Caverns that would wind up in the weird news spotlight.

In 1971, Bob Addis became a Guinness World Record holder for standing on top of one of the largest stalagmites ever, The War Club as it is affectionately known, for a whopping sixteen days. The owner of Lost World Caverns, Steve, shows reluctance when asked this; however, he enjoys talking about Bat Boy.

A long tunnel of concrete leads you to the caverns. Its looks are deceiving – it actually looks like you’re heading into a nuclear war bunker. The entrance to the caves was historically straight down a spiral stairwell; however, many visitors would become injured by the sleek, wet steps, prompting a safer method of entry.

When you enter the caves, the sheer size of the chamber is impressive – over ten stories tall and more than 1000 feet long. The tour through the caverns is self-guided and winds through stone slabs and rock formations that with names such as The Bridal Veil and Goliath. If you look straight up, you can see a small point of light at the very top of the cavern, which was the original entrance.

Lost World Caverns is located on Fairview Road in Lewisburg, West Virginia, and can be reached by taking exit 169 off the I-64. Head south on 219 and turn right on Washington, and then right on N. Court Street which turns into Fairview Road. During the summer, the caverns are open every day from 9:00 am to 7:00 pm, but in the off season it is best to call ahead at 304-645-6677.