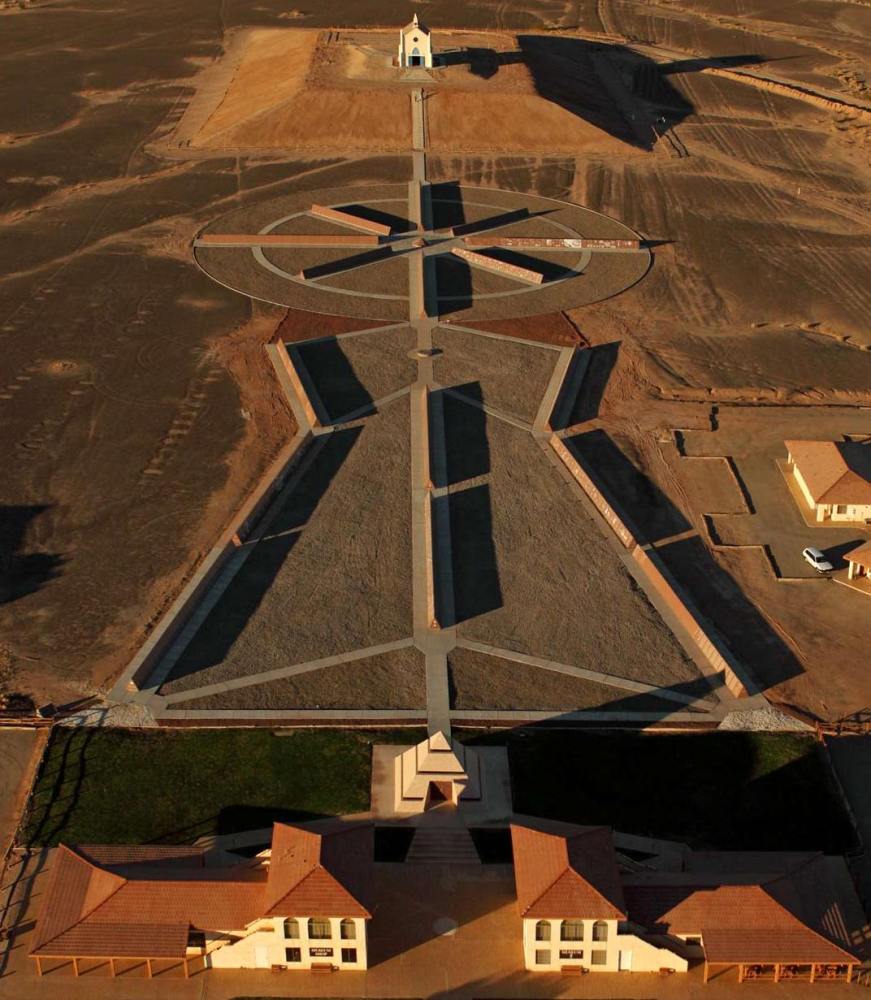 The sheer detail incorporated on the wall of memories is incredible. One of the walls tells the history of aviation in France. In fact, the information is in such detail, that no museum on aviation actually located in France could give you a better description of France’s primary role in manned flight development. The photo etchings in the marble are so realistic, you’ll marvel at the artistry. In fact, panels depicting French military action throughout various times of war make you feel as if you can hear the sounds and smell the scent of bombs and aircraft.

As a Lieutenant Colonel in the United States Marines during the Korean War, Istel also has a monument to those that served, followed by an eight-monument series that illustrates humanity’s history. There’s history mixed with humor, too, as one of the panels explains Aristotle using a quote by Groucho Marx. And much to the pleasure of all Frenchmen, every stone’s story is written in both English and French, and French is labeled first.

Another wall in the lineup, the Wall of Ages, is what Istel calls the definitive Who’s Who. Actually, you can even have your name placed on the wall – anyone’s name that you desire – for a $300, partially tax-deductible fee.

While this project is ongoing in nature, the Istels are getting no younger. For instance, the Commemorative Center portion of their many projects is still in Phase One; however, when it does come time for them to have to pass on their labor of love, they hope to have found some kindred spirits who will continue this legacy, which they hope will become the “book” that will survive the passage of time.

Felicity only has a handful of residents, and it also has the only green grass in the area. You won’t find any billboards announcing that you have arrived, and the one restaurant in town is open for just four hours each day. In fact, the actual center is only open through the winter months when the daily temps don’t reach scorching highs. If you would like to take a look and obtain your own certificate for having touched the Center of the World, call 760-572-0100. Admission is $3 per person, and an additional $2 per person if you would like a guided tour and certificate.