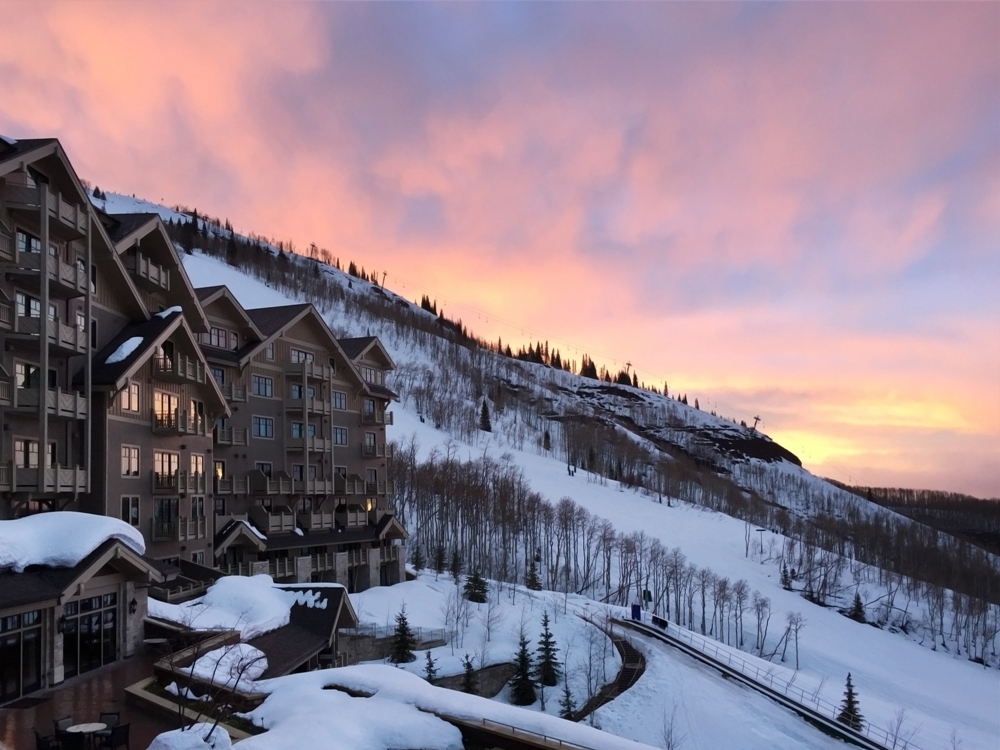 Stowe Mountain Resort of Burlington offers over one hundred skiing trails, two of which are famously named after men who over eighty years ago decided that Mount Mansfield was an ideal location to encourage a brand new Vermont industry. The man who is credited as having made Stowe Mountain Resort the East’s Skiing Capital has his name bestowed on a trail, and yet another trail is named in honor of a man whose assistance financially kept the mountaintop resort functioning.

Stowe Mountain Resort did not begin in its present location near Smuggler’s Notch. It actually began several miles west at an old logging camp at Ranch Valley. That location is used today as a resort for cross country skiers; however, all downhill skiing has since migrated to Stowe Mountain.

It is not certain the first time that a pair of skis took to the mountain snow at Stowe, but it believed to have been sometime in the mid-1800s to the late-1800s. Because Stowe was primarily a logging community, the loggers often wore long boards on their feet to make trudging through the winter woods more accessible. What is known, thanks to the newspapers of the era, is the first purely recreational skiing to occur was in 1914. A librarian from Dartmouth College hiked along Toll Road, skiing back down to the base. On the other hand, not much other documentation exists of any skiers at Stowe until 1932. Then, several affluent men with leisure time to spare wanted to find fun places to ski, and when they got together to decide on a mountain that they could develop strictly for skiing, it’s safe to say they were all smitten with the idea.

While the Great Depression was certainly daunting on their endeavor, as many saw the loss of wages and jobs, then-President Roosevelt created a conservation corps that employed men in various conservation activities. This provided the funding that would soon assist those at Stowe in realizing their dream. A future parks commissioner would soon return from schooling in Switzerland where he had seen the construction of ski resorts that provided not only the leisure recreation that they all were seeking, but also employment for so many that didn’t have work, and the rest is history.