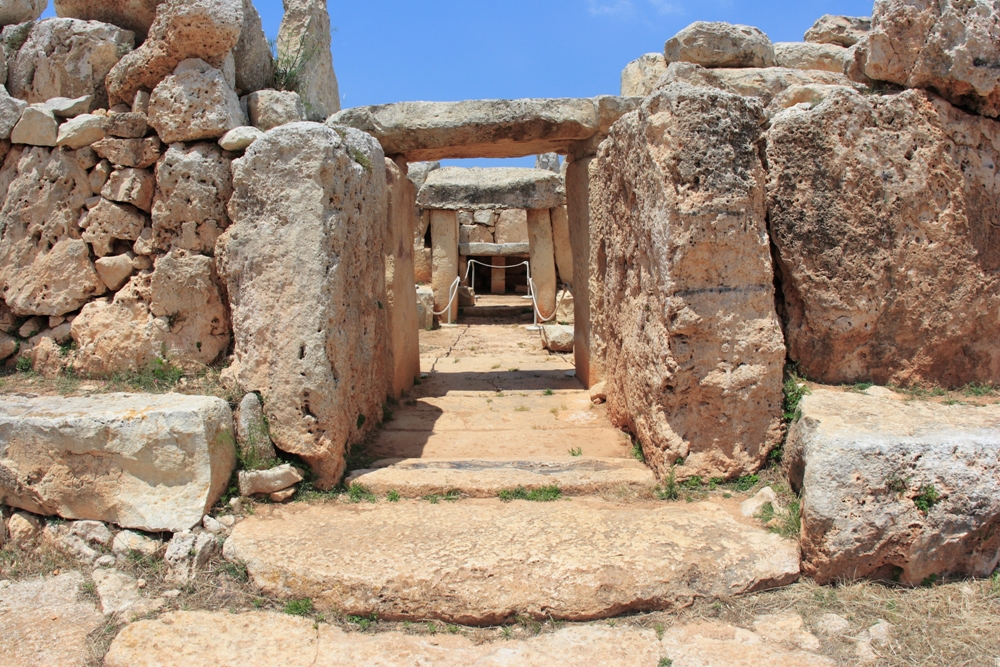 The pyramids at Giza, Egypt, Teotihuacan, Mexico, and those found throughout Greece are widely known; however, there are temples on this planet, some of which are considerably older and much more well-preserved, that comparatively receive next to no attention at all – those of the island country of Malta.

Malta is an island nation about 40 miles off the southern coast of Sicily. The entire country is less than 200 square miles. It is one of the smallest countries in the world, and one of its most populated. As tiny as this nation is, there are several dozen well-preserved ancient sites. There are eleven monumental temples, seven of which are designated World Heritage Sites by UNESCO. While not all scholars agree, UNESCO states that these temples and other structures are the oldest in the world.

The temples on Malta date as far back as 7600 years which, according to modern dating methods, means that these temples have been on earth longer than Stonehenge or the great pyramids in Giza. The site’s dating was performed with the radio carbon method and was used on various pottery, shards, and bone fragments found in and around the Maltese temples. A University of Malta professor states that evidence has yet to be found that date Stonehenge or Giza to before the Maltese temples. The most widely known of the temple sites here include Ggantija, Hagar, and Mnaidra. Ggantija was constructed by a giant race of humans who utilized the temples as a worshipping place according to the legends of Malta. In all, there are over fifty temples on Malta, the majority of which were all constructed in the same manner.

Scientists studying the Maltese temples are not entirely sure what the temples’ uses were, but it is generally agreed upon that the race of peoples who created them did so to worship their several gods, which also included animal and possibly human sacrifices. It is thought that these sacrifices were to their fertility goddess.

The cultures illustrated by these grand temples appear to have rapidly disappeared from Malta about 4500 years ago.