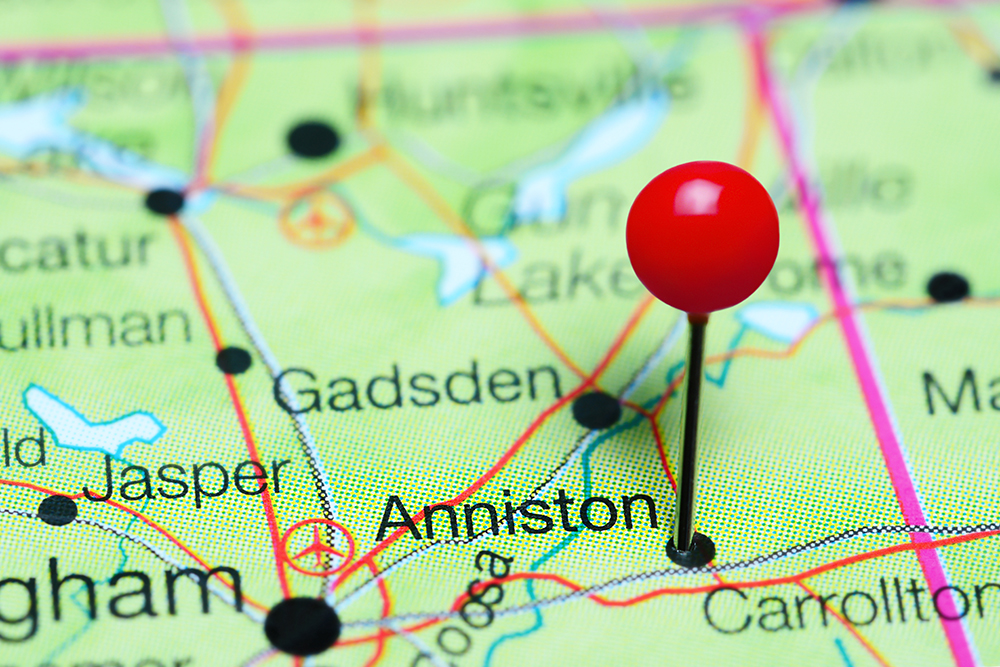 The World’s Largest Office Chair resides in front of the Miller Office Supply store in Anniston, Alabama. In the early 1980’s Leonard Miller, the owner of the store, sought to find a way to draw attention to his business. After much contemplation he came up with a unique way to make people aware of his business: he would build an enormous replica of the actual office chairs that he sold and he would purchase the empty lot next to his business to display it.

Mr. Miller utilized the measurements of the actual chair that the store stocked and converted it from inches into feet in order to create the behemoth masterpiece that has become a tourist destination for those traveling through or near Anniston. The completed structure came in at roughly 33 feet in height and 15-square feet across. The designers used more than ten tons of steel, which was supplied by another company owned by Mr. Miller, and anchored the piece in 15 tons of cement. The project was designed so well that it still stands today.

Once the piece was completed, Miller asked the president of the company that had designed the original office chair to come to the dedication ceremony. A year later Guinness World’s Records came and gave the piece their distinction of being named the World’s Largest Office Chair.

Miller’s Office Supply Company left the Alabama town and the chair succumbed to wear and tear that often happens to a piece of artwork exposed to everyday elements. However, the family returned to the city and returned to the upkeep of the landmark piece as well. They also promised that as long as the family lived in the town, the chair would continue to be maintained and available as a photo opportunity for locals and those traveling through their town.

The piece of art is so sturdy that in the summer of 2012, a violent storm ripped through the town and did significant damage to the store, including tearing the roof off of the building. The chair out front, however, did not have a mark on it.