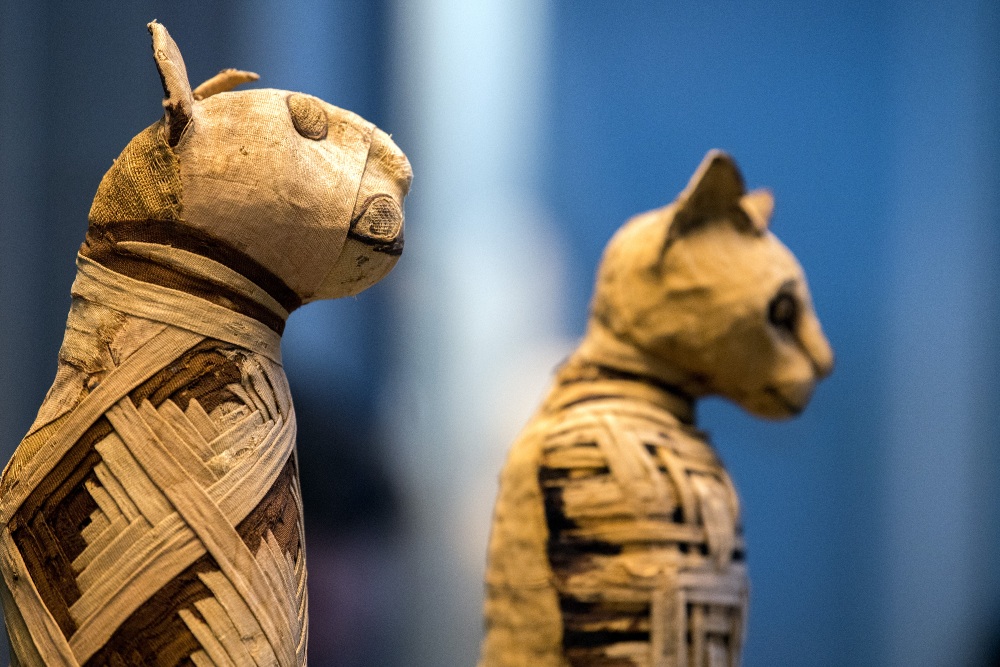 It’s not just for the “crazy cat lady”. In fact, your preconception of some old ladies sipping on hot tea and crumpets will crumble when you enter these doors.

So why visit? Maybe you simply have a love of cats, like Dr. Harold Sims of Sylva – but you won’t find any living cats here. Dr. Sims does have a couple of actual stuffed ones, though.

Dr. Sims is known in Sylva at the “Cat Man” for his unparalleled dedication to unwanted cats in the city. In 2002, he opened a no-kill shelter next door to his home custom built just for cats. Over the years, Dr. Sims acquired what he felt was the largest assembly of house cat memorabilia in the United States. He wanted to share his collection in the hopes of helping people understand the long, illustrious history of felines throughout the world, and opened his museum’s doors in 2017.

Dr. Sims has explained that the reason he does not keep any living cats in the museum is to be respectful of those who want to learn some cat history but that may have allergies to various breeds. For those who want to play with actual kitties, Dr. Sims will direct them to his shelter, or to some of the other businesses in Sylva whose owners bring their cat(s) to work with them. The admission fees to Harold’s museum actually help to support the work of his shelter.

His collection includes items such as toys, art, dolls, coin banks, pottery, puppets, and Halloween decorations – all kitty-centric. In fact, some of his more important pieces include an original Warhol, a 2600-year-old mummified cat from Egypt, and even an old “cat-catcher” that was used by yesteryear’s animal control to grab and capture stray cats. Harold says of his collection that it is something of an addiction for him, as he’ll never stop looking for items to include – even though he long ago ran out of room.

One of his favorite pieces in his collection is a petrified cat that was found in a chimney in England, having been there since the 1500s. He tells the story of how difficult it was to obtain, and how much harder it was to actually get it to the museum, as it had to go through customs, the USDA, and even the CDC. He chuckles on reliving the story, saying there was no way a cat as hard as stone could carry any type of infectious disease.