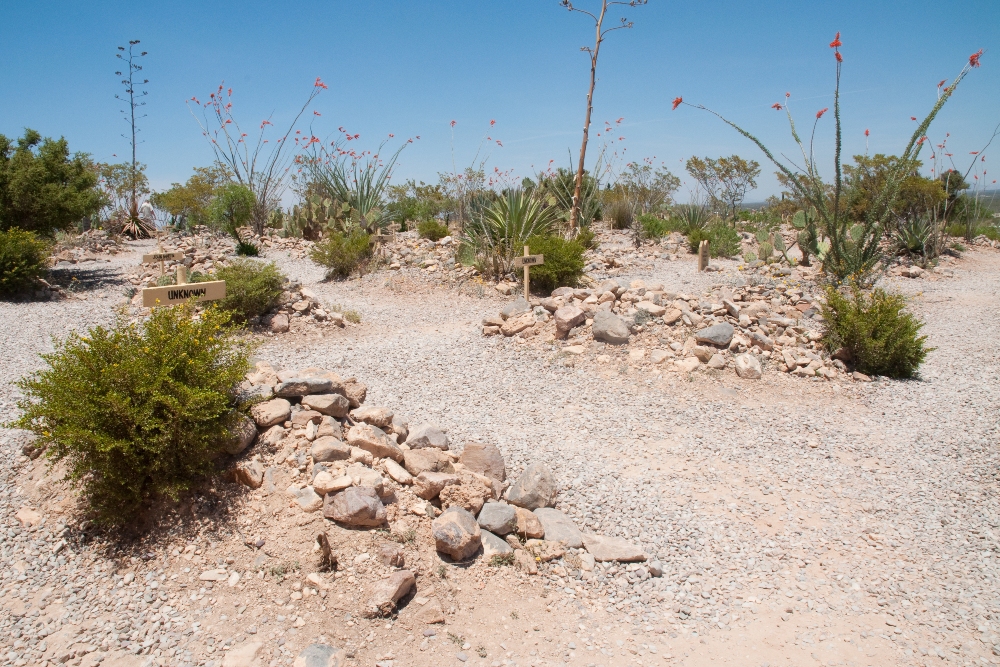 A testament to the rough ways of frontier living in the wild west, Boot Hill Cemetery in Tombstone, Arizona is the final resting place of more than 300 occupants, around 50 of which are unknown graves. The name Boot Hill christens the area because the majority of the graves belong to men who perished “with their boots on.” While there are several “Boot Hill” cemeteries throughout the United States, Tombstone’s is perhaps the most famous due to many of its buried having some of the most illustrious parts of our history; for instance, those who died at the famed shootout at the OK Corral are buried here. Wyatt Earp, contrary to popular belief, is not buried here; but, one of the most famous burials here, if only for the inscription on the headstone, is that of Lester Moore which reads: 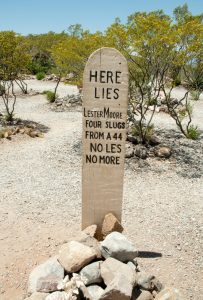 Although the west has been romanticized throughout history and perhaps more so in recent times with movies such as Unforgiven, Open Range, and Tombstone, the stark reality of western times was not so glamorous. Many men, and even women, met with violent ends to their reckless lives. To those in the old west, Boot Hill was simply another graveyard to mark the passing of gunslingers and whiskey drinkers.