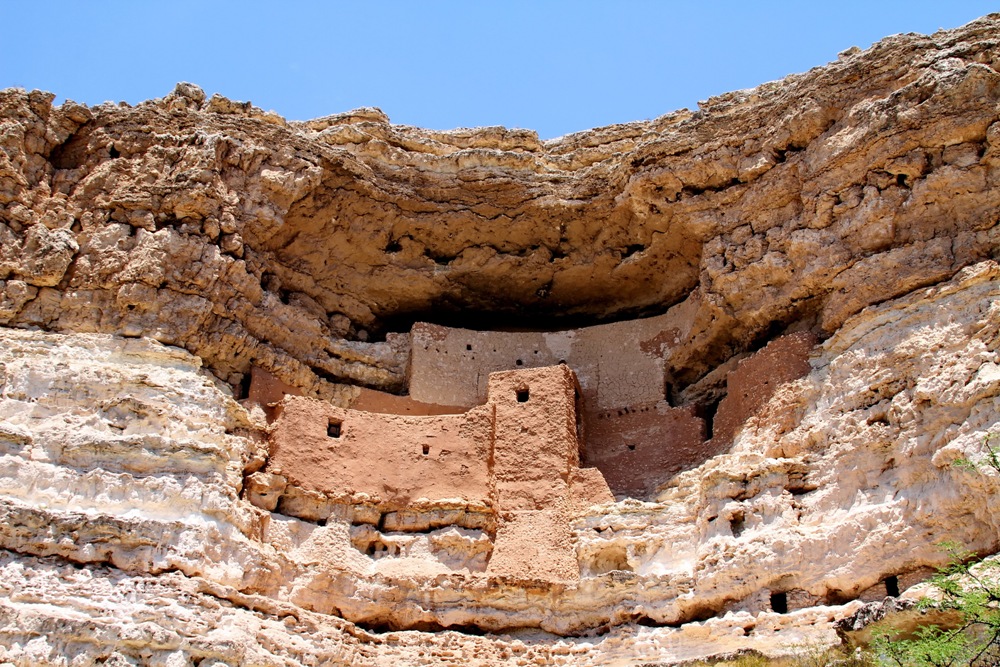 In a funny case of mistaken identity, Montezuma Castle earned its name from the earliest white settlers of the region who believed the ruins to have been linked to the Aztec ruler, Montezuma.

In the Verde Valley region of Arizona on a branch of the Verde River, Beaver Creek, a genuine corridor provided by nature which joins the desert in the south with the plateau to the north. This region has been continually populated by various cultures. Paleo-Indians inhabiting the region dates back nearly 10,000 years. The Verde Valley illustrates evidence archaeologically of human inhabitants for only the past 2,000 years; however, it is widely accepted that humans were in this area much before that.

The Hohokam, a people with ties culturally to the area now known as Phoenix, are known to have settled in the region around 600 AD through 1100 AD. They built pithouses, the remains of which have been discovered and are still being discovered throughout the area. These pithouses were built from indigenous rocks and mud, along with poles or sticks that the people gathered. They were one-room buildings thought to have been used as shelter. Five miles upstream on Beaver creek, one such discovered pithouse is displayed at Montezuma Well.

The Sinagua People, the actual culture responsible for Montezuma Castle, began to move into the region around 1100 AD. The various larger, multi-room buildings throughout the valley, cliff homes near Sedona, and other constructions around the region date to this same period of time. The castle itself was erected and used as living space from about 1200 to 1450 AD.

Camp Verde and Montezuma Castle’s National Monument is just outside of Flagstaff, around fifty miles south. There is a small entry fee per person and the park is not open after sunset. Unfortunately, because of looting and other damage throughout the years, you can no longer step inside the actual castle; however, viewing such an illustrative piece of history is well worth the visit.