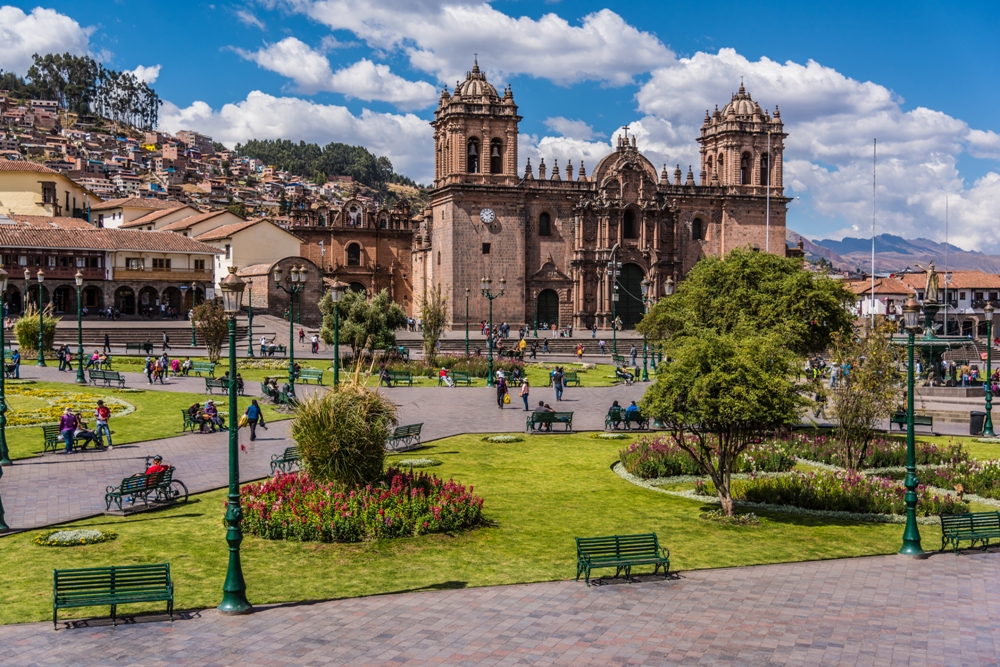 Situated high in the Andes Mountains of Peru is the once-famed capital of the Incan Empire, Cusco. Today, Cusco is widely known for its Peruvian ruins and the late colonial architecture from its Spanish influences. You’ll find old world flair at every turn, such as carved wood balconies and ruins of Incan walls amidst modern day conveniences. During the baroque period, the Incan’s Temple of the Sun was built on top of by the Santo Domingo Convent. The Convent has stonework that belongs to the Temple of the Sun.

During the 1600s, many masons used Incan ruins as their foundations, to aid in construction, and for fortification. Hovering over the city are the remains of the Sacsayhuaman with its zigzagged walls and astounding views of the mountains surrounding it on all sides. Cusco is right in the heart of Incan lands and is the perfect gateway city to explore all that the region has to offer, from the Incan Trail to the mountaintop city of Machu Picchu.

Coricancha is the religious center of Cusco. This is where the Temple of the Sun was constructed and was considered not just the Inca’s most holy site, but was considered to be the very center of the universe for the Incan peoples. This site was dedicated to Inca’s highest deities, such as Viracocha, Quilla, and Inti.

Not much is left standing of the original Temple but some walls are still visible, hinting at the once-massive grandeur that was the Temple of the Sun. Of course there are also the legends that the Peruvian peoples have handed down from generation to generation, such as those that say that Cusco was the Land of Gold because of the massive amounts that were used to adorn the Temple and the gardens that surrounded it.

While historians don’t agree on what the various uses were for some of the sites found around the city, one thing is for certain – Cusco is a city that is begging for exploration.