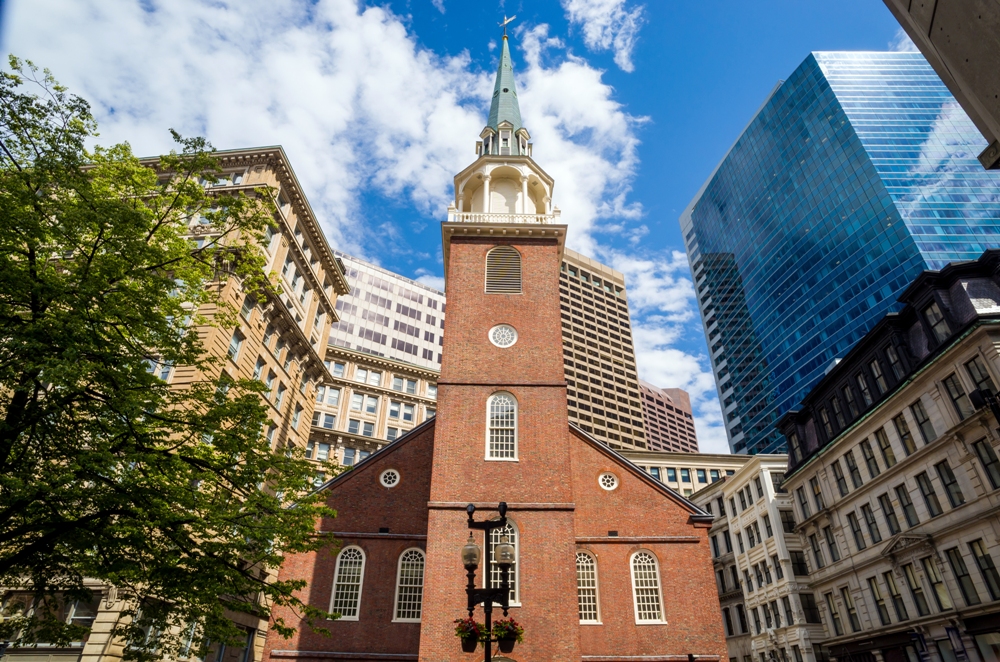 One of the United States’ most historically significant sites, the Old South Meeting House is still standing in the heart of a busy downtown Boston. It is open on a daily basis from 9:30 am to 5 pm for viewing the history of the nation, checking out the museum, and is still an active place to gather to discuss and celebrate.

The Meeting House was Boston’s stage for their dramatic role in the revolution of America. It was here that the colonists would gather together, challenging the rule of Britain. Dialogue occurred here that would forever change the nation’s fate. The gatherings that occurred at the Old South Meeting House were larger than any meetings that ever took place within the colony, earning the House a rebellious reputation. This is the place where the revolution began.

The Meeting House was built in 1729, and it was the biggest and most important building of its time. It might not still be the biggest, but it is certainly still important, and has been for almost 300 years.

The Puritans who arrived in Boston in the mid-1600s first built a meeting house of wood on the same site. It was then called Boston’s Third Church. It was such a popular place for gathering that overcrowding soon became an issue, which led to a renovation and ultimately the very same brick building that is still standing today.

Some of the most historically famous people who took part in meetings at the Old South Meeting House were Phillis Wheatley, Samuel Adams, William Otis, and even Benjamin Franklin.

In the very center of the town, the House was the largest structure, and it was consequently used not just for public gatherings, but also for church and worship. In fact, some meetings that were held at the Boston Town Hall would sometimes become overcrowded, so the meetings would convene and then reconvene at the Old South Meeting House because it could accommodate so many people.

The building was built in 1729, and in 1768 a large bell and clock tower was added to the structure. The very same bell and clock are still standing as part of the Old South Meeting House today. In fact, it is the only clock tower built in the United States that is still in its original location.