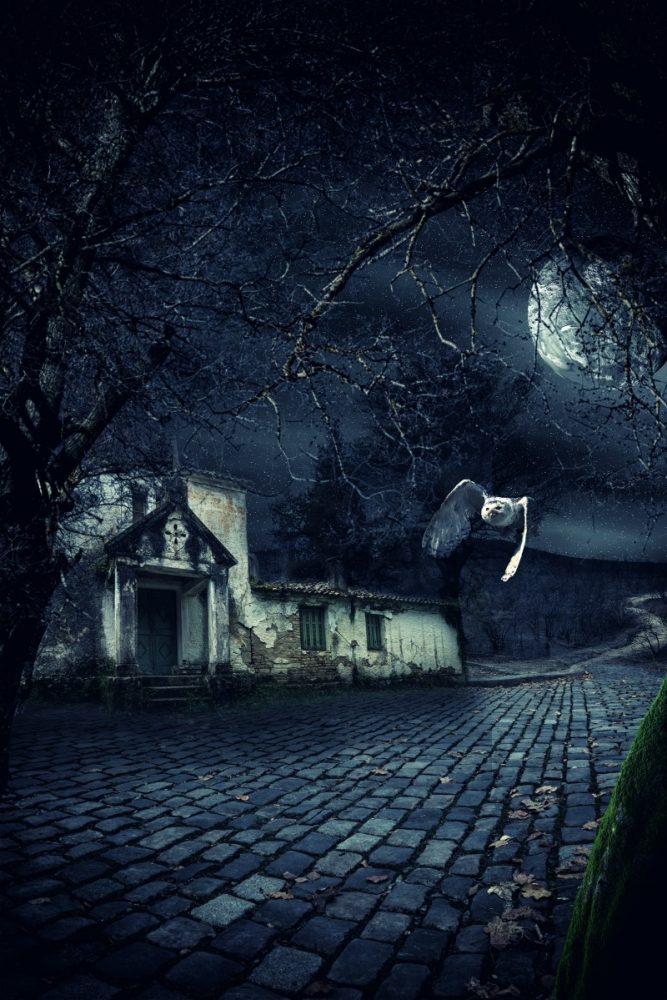 Tis the season for haunted houses, spooky stories by campfires, and creepy ghost stories. Perhaps you are the type of person who enjoys taking road trips across the country so that you can collect and create ghost stories of your own. If you enjoy visiting haunted houses and seek to have some amazing adventures of your own, then this list is just for you. From haunted desert hot spots to abandoned mining towns, these spots are known to be hotbeds of paranormal activity.

Ironically located on the edge of Death Valley, this now haunted mining town came into existence in the early 1900s when ore was discovered. The town was a happening spot for a while and grew to have a population of close to 10,000 people at its peak. There are several stories about people who have encountered the spirit of a gold prospector who was poisoned by the local barber who stole the gold he had brought in to be appraised. In addition, visitors have claimed to have heard voices that echo through the town and have had a number of other unexplained encounters.

Founded in 1818, Cahawba was the first state capital of Alabama. The town was well known for its cotton industry and was popular with wealthy families because of the commerce opportunities that came along with it. Much like most of the south, the town has many ghost stories that are associated with the Antebellum time period. The most famous story in this town got its start in the spring of 1862 when a young couple entered a corn maze and upon reaching the center found themselves face-to-face with a luminous ball that seemed to hover a few feet above the ground. It was said that any attempts to capture it were thwarted by it zipping back and forth and finally flying away. Since that time many other residence have encountered the object.

In 1903 this mining town first appeared on the map when investors. J.P. Morgan funded its settlement in hopes of mining the copper that had been discovered in the area. With over mining and the impact of the Great Depression, the town was abandoned. However, it is said that many residents remained long after their bodies left the earth. In fact, so much paranormal activity gets reported here that it is thought to be the most haunted place in the entire state.