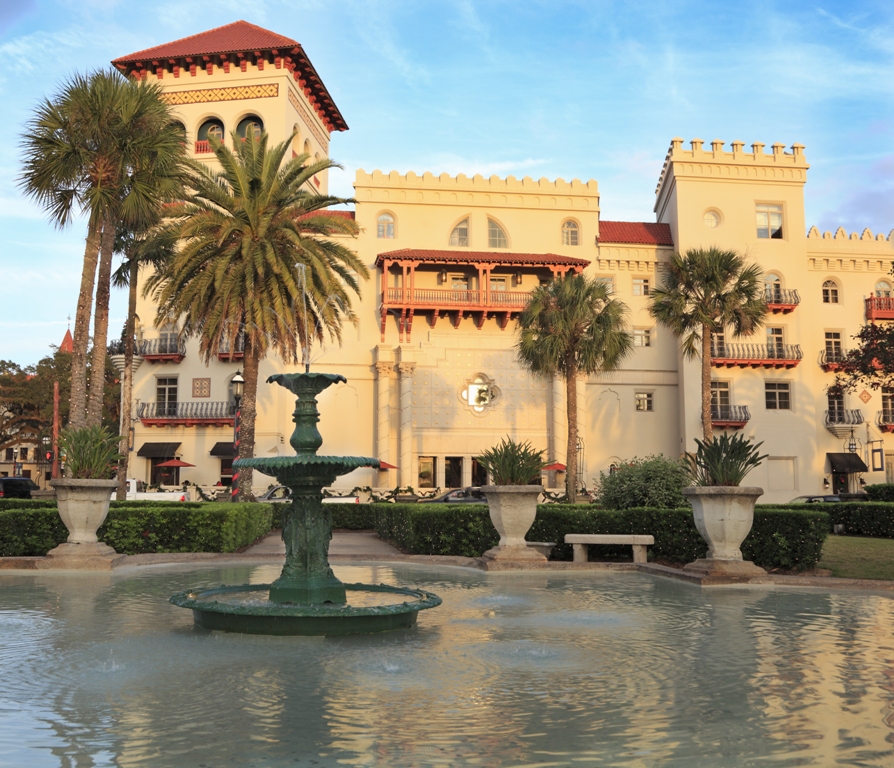 In 1887, Henry Flagler, Standard Oil’s cofounder, sold a portion of his land in St. Augustine, Florida to a fledgling architect from Boston, Franklin Smith. It was Smith’s dream to build and run his very own hotel. Eighteen months after Smith purchased this land in St Augustine, he was cutting the ribbon at the opening of that dream: The Casa Monica Hotel. While business was abundant, it proved to be a bit more than Smith had bargained for, and a mere four months afterward, Flagler bought back the land, the hotel, and everything within for more than a quarter of a million dollars. Flagler changed the hotel’s name to Cordova, and his management brought flourishing success.

A bridge was erected in 1902 to link the Cordova Hotel with the Alcazar (which today is Lightner Museum). The hotel subsequently experienced yet another name change and was then called the Alcazar Annex. The following year, the Cordova and the Alcazar combined forces as one grand hotel known simply as Alcazar. When stocks fell abruptly, Flagler decided to abandon ship. The hotel closed its doors officially in 1932, and thirteen years later the bridge connecting the two buildings was removed.

The Cordova was then purchased in 1962 after several years of abandonment to be the new county courthouse. After six years of renovations, the new courthouse was opened and was used as such till the end of the 70s. It would then sit idle for nearly 30 years, when Kessler Enterprises in Orlando purchased the property with the intentions of returning it to its former luxury hotel glory.

In December of 1999, Kessler reopened the hotel with its original name, the Casa Monica Hotel. In 2001, Spain’s King and Queen visited. This was confirmation that this was one of the nation’s most extravagant hotels. The hotel is partnered with the rest of Kessler’s Collection of Fine Hotels. The Casa Monica Hotel is St. Augustine’s only hotel to receive the prestigious AAA Four Diamonds Award. Casa Monica was added to America’s Historic Hotels in 2001.