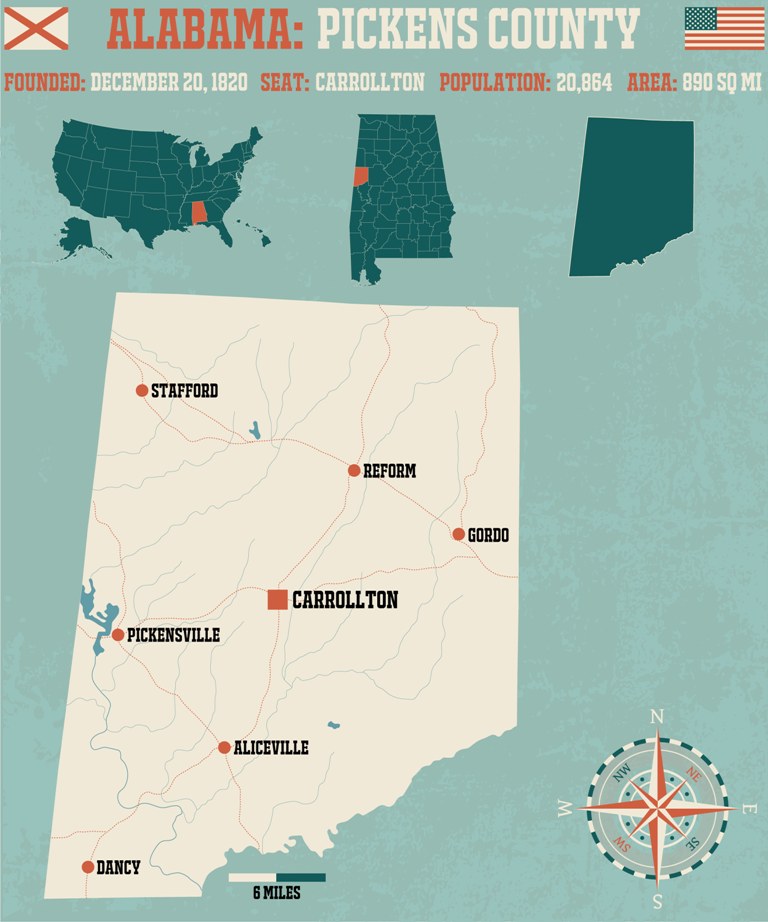 Towns sometimes go to great lengths to immortalize people, places, or things that are somehow connected to them. Sometimes, they even build memorial sculptures or monuments. But there is no building in the world as unforgettable as, yep – the Pickens County Courthouse.

The Pickens County Courthouse has no monuments. Instead, there is a photo inscribed on one of the glass window panes. Inscribed by lightning!

According to the local legend, Henry Wells was a freed slave who had been accused of burning down the original courthouse. Policemen didn’t catch him at first, but he was arrested two years afterward. The town was so small, and had barely any crime to even speak of, so the town did not have a jail. Wells, upon his arrest, was locked inside a room within the brand new courthouse. Upon hearing the news, a mob of townsfolk assembled outside, wanting to lynch him for his crimes.

Wells looked out the window at the mob there just for him, and he was terrified. Just then, a lightning bolt burst forth, striking nearby, permanently etching his horrified face into the glass of the window. The lightning had struck so close that it also scared the lynch mob, and they dispersed. They didn’t get him; however, his luck had run out and he died not too long afterward from wounds he garnered while trying to escape his locked room.

This etched photo of a man awaiting trial by mob is still visible in this window, exactly as it looked in 1878. There is a bolted arrow on the outside of the building illustrating the exact window pane. What’s funny, is after all these years, every single one of the other windows in the courthouse have broken or have needed replacing – except for Henry’s etched window.

It’s been more than 130 years since lightning struck and the window is barely noticed by locals anymore, but it’s a neat thing to see for the first time.