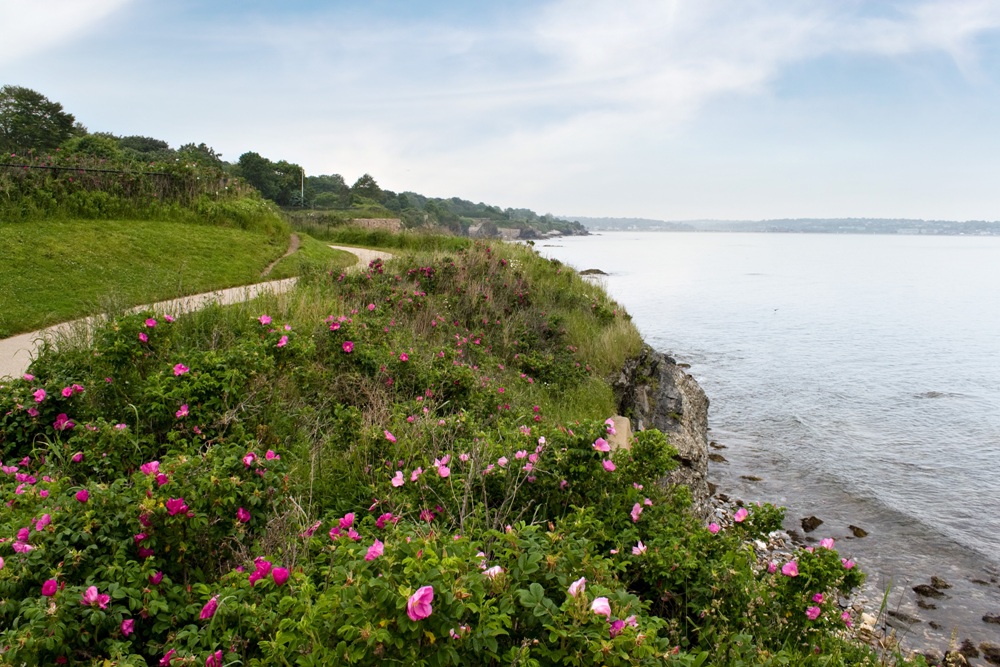 William Vanderbilt’s sixth son, Frederick, was the first owner of Rough Point. When it was built in the late 1880s, it was the largest home that had ever been built in Newport. The plot of land on Bellevue Avenue had originally held two wooden houses. Built in the style of an English country manor, Rough Point evoked the grace of an era.

Shortly after the turn of the century, Frederick sold his home to William Leeds. Leeds passed away only a couple of years later and left the manor to his widow. In 1922 Leed’s widow sold the home to James Duke. In all its grandeur, the home was not grand enough for the Duke Family, and James quickly set about renovating, adding onto, and rebuilding many portions of the estate. An entire wing was added on the northeast corner of the home, as well as a wing on the side that faces the ocean. In the seaward facing wing was a sunroom, and above it the bedroom of his daughter, little Doris. The renovating process was finished within two years. James died the following year and left the home and his fortune to his 12-year-old daughter.

Doris Duke spent every summer at Rough Point throughout her teens. She married in 1935, leaving her mom, Nan, with that big home all to herself. Nan found that without her husband and daughter, that she didn’t want to stay at Rough Point. A horrific hurricane, coupled with the onslaught of the second World War, Nan moved away and visited Rough Point less and less frequently. By the 1950s, Nan settled in New York and moved all of Rough Points furnishings out of the home.

Doris, however, missed her childhood home and the town she grew up in and began to visit Newport and Rough Point more and more towards the end of the 50s. She bought paintings, antiques, and other pieces of art for Rough Point and began to refurnish Rough Point even better than it had been when she lived there. She also regained a lot of what her mother had removed, and mingled the old with the new. She began staying there each year in May till November, moving in items she had collected from her travels.

Doris passed away in 1993 and willed Rough Point to Newport’s Restoration Foundation, the only stipulation being that it had to be a museum for the public, as it has been since 2000.