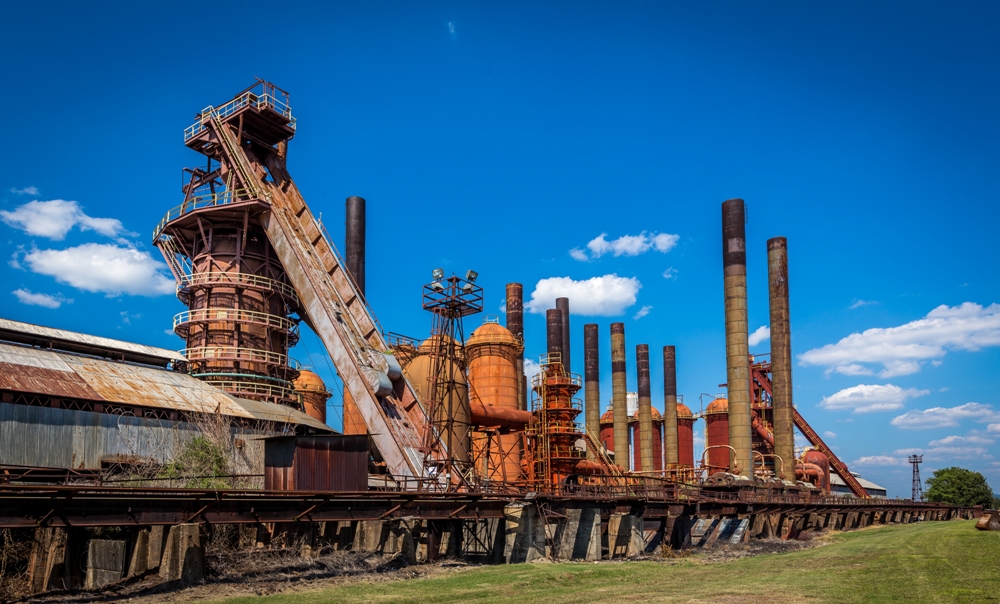 There’s a certain allure to touring places that look as though the apocalypse has blown through and the place is still standing.

Fears of dogs with voracious appetites and stairwells with no guardrails are the types of things that will run through your mind upon first setting your sights on the legendary Sloss Furnaces.

Here, you can wander around an immense blast furnace without the worries of trespassing fines. These furnaces have actually become a historic landmark of turn-of-the-century means of iron smelting. Built over a hundred years ago, they saw their heyday back when Birmingham was a booming industrial town, smelting more than a thousand tons of iron each day.

That came to a screeching halt in the early 70s, when foreign competitors and the Clean Air Act ran the smelters out of town. The Sloss Factory was abandoned, and remained so for ten years. During this time, it decayed and became overgrown with vegetation – like any great ruin should.

In an attempt to return the place to a smidgeon of its former glory, the town then began the tedious work of sandblasting, planting flowers, planting grass, and painting the place so well that it didn’t even resemble what it had originally looked like. And then they opened the ruins up for public tours.

When the Sloss Factory had been in daily business, the smoke plumes and searing heat blocked much of the view, not to mention the potential for suffocation by noxious gases. In fact, if you got to close, you may have even fallen into the furnace. Not a good day! In fact, it actually happened to a few workers over the years.

Now, with the smoke gone and no noxious fumes to inhale, the Sloss Factory is a magical mini-city, rusty red in color and covering nearly twenty acres of urban oasis. The guardrails are painted a bright yellow to help guide you as you wind your way through the factory reading the many plaques that describe what each part of the factory used to be responsible for.