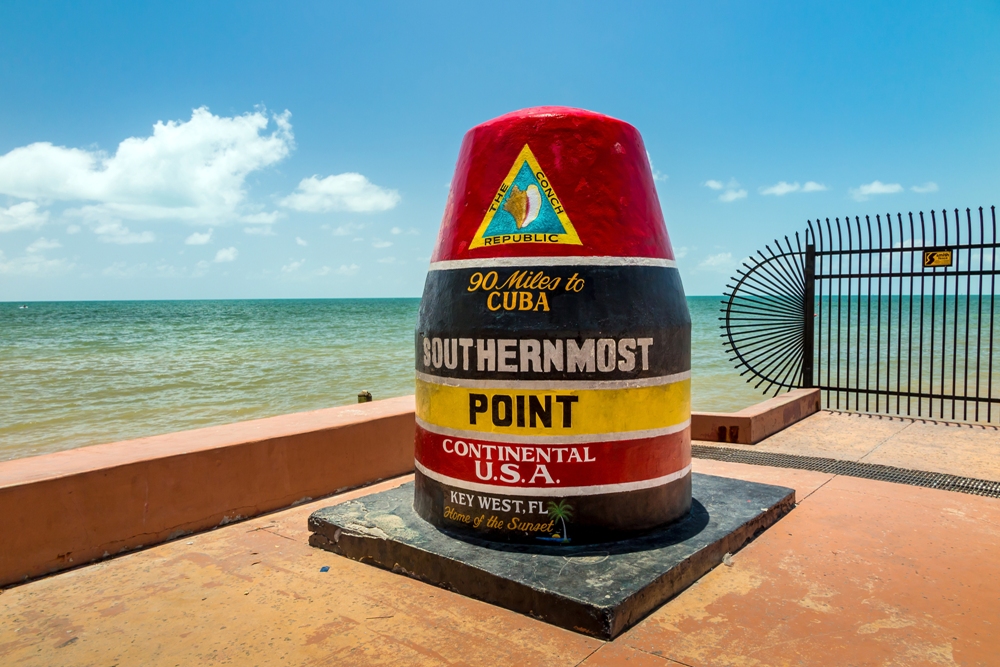 When the chilly temps begin to set in and turn the rest of the country into a scene out of Frozen, those who know where to get out of the cold are huddled around a pot-bellied monument that marks the Southernmost Point in the US.

At the monument’s top is The Conch Republic logo. In the 70s, Key West sought to enhance its repute and seceded from the US. Every year in April residents and tourists alike celebrate the momentous occasion. But – as some visitors have pointed out – if they really seceded, then wouldn’t the Southernmost Point actually be somewhere in, say, Boca Chica?

You’ll find the monument about a mile south of the end of US 1 – in other words, about a mile south of where the road actually ends. And for those of you who have to get technical about it – no, it really is not the southernmost point in the United States, as there are other plots of land on Key West that are actually more to the south; however, they are not accessible to the public. Where the monument sets is just about the farthest south the public is allowed to access. And for those of you drawing a ruler line across a map, okay – I’ll clarify. The monument is the (almost) southernmost point in the continental United States.

If all else fails, just go have a drink at Jimmy’s Margaritaville. You’ll be glad you did.