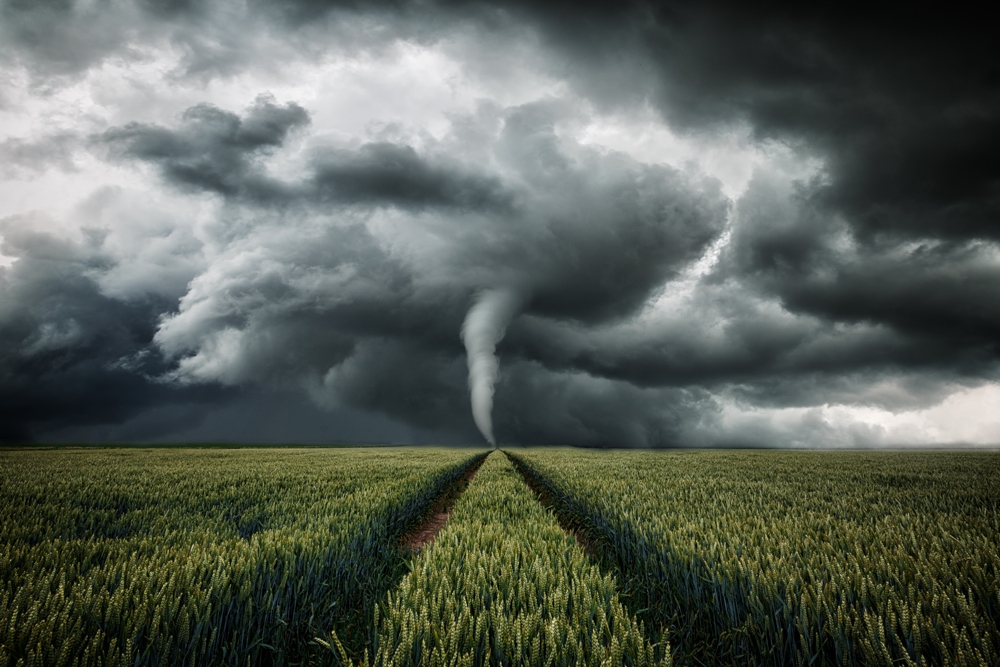 Wakita, Oklahoma, starred as itself in the movie Twister (1998), as a town ravaged by a voracious tornado. The film starred Helen Hunt, Bill Paxton, and many other A-List actors. It came in just behind the number one highest grossing film that year (Independence Day), partly because it made storm chasing a sexy career. It certainly put Wakita, and its movie memorabilia museum, on the map!

Bricks that had been used as rubble in the movie were salvaged and engraved with “Twister – Wakita, ’95.” Many of the ones that didn’t sell crumbled due to age, but their scraps were bagged as sold as “Twister Debris.”

Linda Wade is the museum’s director. She says there were many reasons why Wakita was chosen as the site for this 1995 blockbuster. Wakita lies isolated at the end of a road, is comprised mostly of farmland, and the main reason was because Wakita had already recently seen damage from a major hailstorm. It was perfect for the role. The producers used the entire town as the movie’s set, all five blocks, as they already had debris which was head-high from the hailstorm. And, of course, Wakita is known for its tornadoes.

Even though Wakita lies smack dab in the middle of Tornado Alley, surprisingly, the streets of this town have remained free of rubble since the movie crew cleared out, even though it took more than a month to clean up the aftermath. While much of the debris was hauled away, some of the “better looking” debris was saved and built into the wall of the museum that is the first thing visitors to the museum see.

There’s also a displayed photo of local weathermen “celebrities” as well as tee shirts from storm chasers who have left them while passing through.

Perhaps one of Ms. Wade’s most prized possessions is the Commendation from the governor of Oklahoma that prides Wakita for representing Oklahoma so well.