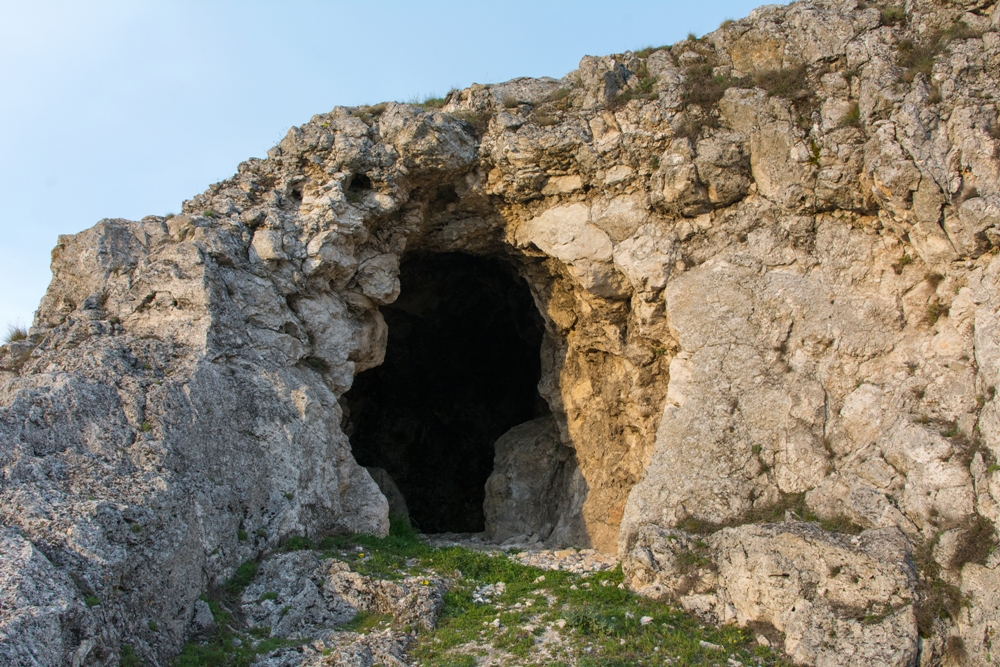 The project that would become the Rudolph Grotto and the Wonder Cave began in 1928 when Father Wagner and his assistant, Edmund, decided to begin a labor of love. The project came to an end in 1983 when Edmund, simply too old to continue, decided to finally retire.

Father Wagner came to Rudolph in the early 1900s. His bishop had instructed him to erect a new church and school. The school was constructed and opened rather quickly; however, the church would never be built. Wagner had other ideas, and lots of them.

Wagner had been studying for priesthood before he arrived in Rudolph, and suddenly had become ill. He went to the Lourdes shrine of Mary in France and promised the deity that if she would heal him, he would use the rest of his power to construct another shrine in her honor. Upon his arrival in Rudolph, Wagner saw that it was just the town (and the amount of supervision – none) that he would need in order to keep his promise.

He began to plant trees and pile up the stones surrounding the property. He recruited a young lad of just 12 years old (Edmund) to assist him, and the project took off. Eventually it would become a full scale project, requiring logs and boulders that were brought in from farms in the area. What had started as nothing more than a deserted potato field became a near-Eden with a gift shop, shrines, and even a wishing well.

For Wagner, even that wasn’t enough in his eyes to repay mother Mary. He and Edmund began construction on the Wonder Cave in 1935 and construction didn’t cease for 20 full years.

While for Wagner this was the culmination of a sincere vow he had made to the Virgin Mary; however, for his bishop who had sent him there to do a specific service for the town of Rudolph, it was nothing but pure nonsense. A newspaper from 1949 quotes the bishop stating his disappointment in Wagner for allowing his parishioners to suffer in a basement church while he performs all this nonsensical work.

You can check out the grotto and the Wonder Cave in downtown Rudolph daily in the summer. Admission is just $2.50.